As our contribution to the exhibition tour »Kein schöner ____ in dieser Zeit«, the two of us are taking a look at the quarters around Eisenbahnstraße in Leipzig, which at least since reportages on ProSieben and in BILD has become notorious for being the “most dangerous street of Germany” – interwoven with stereotypes and preconceptions which have been a ground for the introduction of a so-called weapon-prohibition-zone last November. We had long talks with inhabitants of the area on how it is for them to live here. We were also wandering around with the large format camera to document disputed and ordinary places, and we took pictures of life on the street with a body cam.

Now we want to create a 40-page newspaper about it, that confronts visitors of the exhibition with the area and the perspective of its inhabitants. It will also be about listening first and questioning one’s own preconceptions. Maybe apart from all the “strange” there is also a common? 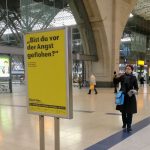 »The Jasmine Flight« inside the Black Boxrelease 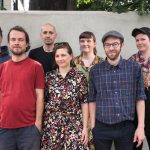