More solidarity instead of conspiracy theories

At the end of 2015, PEGIDA and its offshoots attempted to exert political pressure from the streets by combining racist, islamophobic incitement against refugees with self-representation as concerned citizens abandoned by politics.

At that time we decided to use our resources to take action against this and organized workshops in which people from different backgrounds were empowered to tell their own story with photography&film.

In this way we wanted to burst “filter bubbles” and turn people from objects of reporting into authors, enable changes of perspective and amplify marginalized voices.

At the end of 2020, we see a new strong “Third Position” of anti-Semitic conspiracy ideologues, New Rightists with coup ideas, and once again a frighteningly large number of people from the so-called center of society.

A judge who co-authored articles like “Corona no worse than flu” allows all this. Right-wing hooligans clear the way. A police chief does not see police means as appropriate. And the same evening the water cannons are in action in Connewitz.

We are angry. What can we do now, as a collective for telling private and political stories with photography and film? Write your ideas in the comments or by mail. We would like to get connected with you! 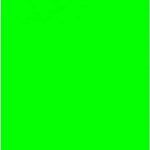