The project in a nutshell

Eisenbahnstraße in Leipzig? The media have been full of racist and classist clichés about it for years. And as if to officially confirm this stigmatization, Saxony’s first weapons ban zone was introduced here in November 2018.

We thought: this sucks! And we interviewed residents from the adjacent neighborhoods. We published these interviews together with other texts and many of our own photos in two issues of our newspaper “Dangerous Object: Eisenbahnstraße” – to show: Eisenbahnstraße is much more! And the problems that exist here are more complex than BILD or ProSieben want to tell us.

This is the online version (in German). Like the newspapers, it contains interviews with residents and various photographic strategies to approach the neighborhoods around Eisenbahnstraße, as well as the issues that are important to us. In addition, there will be individual video clips and, in the future, possibly audio recordings.

The central concern of the online version, as with the newspapers, is to amplify the voices of those who have to fight for equal rights or even their existence and space in society. Our goal is to make these struggles ours and, as artist-activist Ayşe Güleç put it, to place ourselves not in front of them, not next to them, but with them. The topics are the same as in the issues of the newspaper: racial profiling, displacement processes, everyday life and structural racism.

We wish you a good and thought-provoking “exhibition visit”! Unfortunately, the online version is only available in German so far.

Supported by the Cultural Office of the City of Leipzig.

Editorial of the Second Edition

Choose one of five large-format photographs. We will enlarge these ourselves in our specialist laboratory to 40x50cm with a white border. The print is hand-signed and limited to an edition of 3 pieces per photograph. 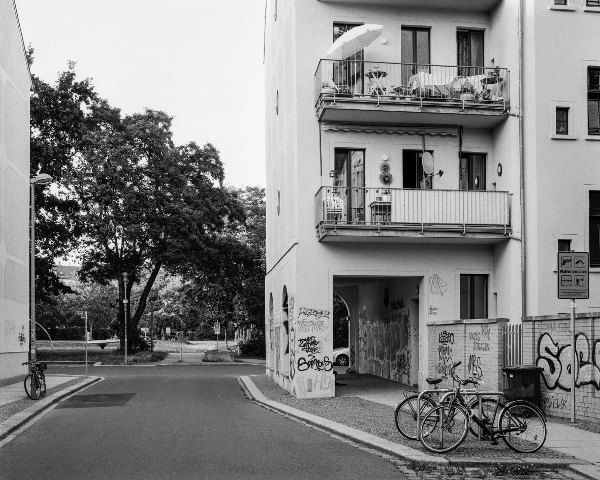 We read a selection of inspiring passages out of the five long conversations in the first issue of the newspaper. Then we want to discuss with you: Which problems do you see in the neighborhood? Which experiences did you make with controls in the no-weapons zone? Why is so little happening against the no-weapons zone? What has to change so that everyone can feel safe in the neighborhood?

Thanks to the support of 120 people in crowdfunding, we were able to realize a Second Edition of the newspaper, which was published at the end of July 2020.